duplicate always used before a noun : exactly the same as something else
I began receiving duplicate copies of the magazines every month.
----------------------------------------------------------------
英検二次試験の合格発表の日ですね。合格者の皆様，おめでとうございます。
本日4月のTOEIC L&R, TOEIC S&Wの両テストの申し込みをしました。TOEIC S&Wテストは
午前中IIBCで受験して，イタリアン・レストランでのオフ会に参加する予定ですわ。
花粉症の薬，頭痛がひどくなるだけで，まったく効かないですわ。orz
昨日のアカデミー賞のハプニング，ミス・ユニバースの二の舞いだとか
言ったりしていたのを初見では聞き取れなかったですわ。orz
All members of the Academy who are eligible are invited to vote
their nominations for Best Picture.
In most other categories the nominations are decided by a vote of
the members working in that specific category.
Then the entire membership chooses from those nominations the recipients
of the Oscars.
And finally, the results of all the secret voting are known only to
the independent accounting firm of PricewaterhouseCoopers until
the sealed envelops are opened on the air.
(WOWOWの放送から抜書き)
Our balloting leaders
Martha L. Ruiz
Martha joined Brian as the Oscars balloting co-leader in 2015.
She is the first Latina and second woman to serve as a PwC Oscars tabulator.
A PwC veteran of 19 years, Ruiz specializes in providing tax compliance and
advisory services to a variety of entertainment clients throughout Southern
California. She has also spent more than 10 years working behind the scenes
as part of the Oscars balloting team.
Brian Cullinan
Brian, PwC partner and Matt Damon lookalike, is the lead partner for
the Academy of Motion Picture Arts and Sciences, including the annual balloting
for the Academy Awards. He has been a part of the leadership balloting team
since 2014. In addition to his role on the Oscars, Brian serves as PwC’s US
Board Chairman and is a member of the firm's Global Board. He is also
the managing partner for PwC’s Southern California practice.
Brian has more than 30 years experience providing technical accounting,
auditing and business advisory services to some of PwC's largest and
most complex multinational clients.
Behind the scenes with Martha Ruiz and Brian Cullinan
Brian and Martha talk about PwC's long-standing relationship with the Academy
Awards and what happens before the presenters say: "And the Oscar goes to.."
(from http://www.pwc.com/us/en/pwc-and-the-oscars.html#/)
STATEMENT FROM PRICEWATERHOUSECOOPERS
Posted:Monday, February 27, 2017 - 00:30
We sincerely apologize to "Moonlight," "La La Land," Warren Beatty,
Faye Dunaway, and Oscar viewers for the error that was made during the award
announcement for Best Picture.
The presenters had mistakenly been given the wrong category envelope and
when discovered, was immediately corrected. We are currently investigating
how this could have happened, and deeply regret that this occurred.
We appreciate the grace with which the nominees, the Academy, ABC, and
Jimmy Kimmel handled the situation.
---PwC
(from https://www.oscars.org/news/statement-pricewaterhousecoopers)
来年は，やらかした責任を取ってもらって，デロイトに代わっていただけると
日本人の私としては，ありがたいですわ。ちなみに東芝の監査法人は，
ＰｗＣあらた監査法人ですわ。
TOEIC S&W対策
スピーキング
YBM, TOEIC Speaking Core Sentence Speaking Training: Learning Materials, 2014.
PART 4(Question 7-9) PART 5(Question 10)  PART 6(Question 11) 少々
ライティング
休みます。 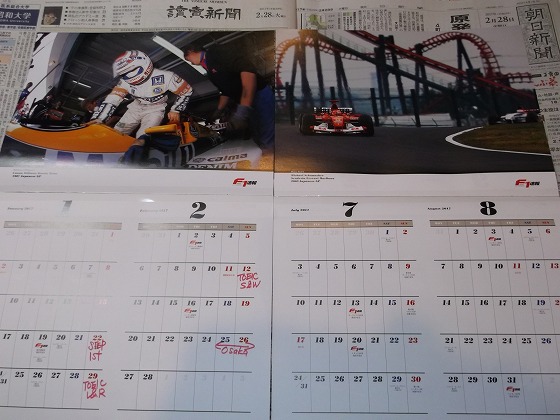